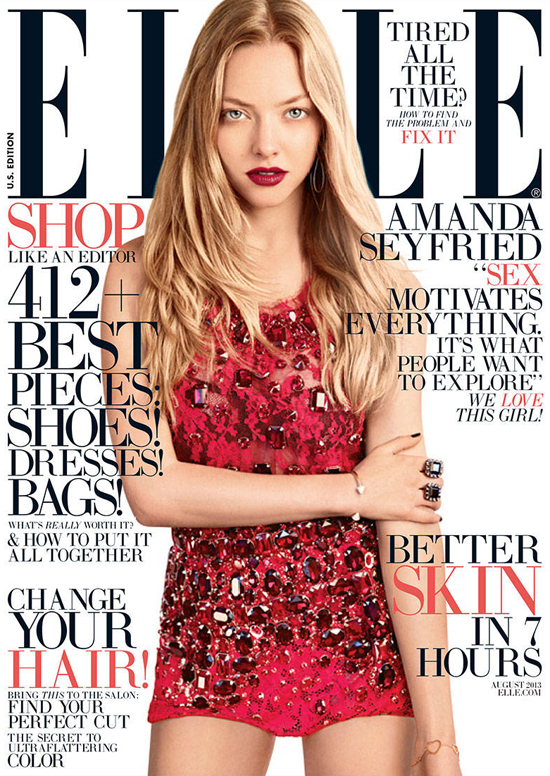 On accepting the title role of Linda Lovelace in the upcoming feature film “Lovelace,” in theaters Aug. 9: “I read the script and I was like, ‘Wow, this is the riskiest thing that’s happening [in Hollywood] right now.’ The first thing you think about is that it could have ruined my career. At the same time, I was like, ‘This is my chance to show them, to show the industry, to be recognized.’”

On the need for physical attraction in a relationship:
“Everybody I’ve dated I’ve been sexually attracted to immediately. Sparks don’t grow- your vagina doesn’t become more inclined to wanting someone just because you’re around them.”

On her ex-boyfriend Dominic Cooper:
“We love each other… He’ll always be in my life regardless of what his girlfriends or future wife think. I’m never going to be with a guy that can’t deal with my friendship with him.”

On her current crush:
“[He’s] someone separate from my industry life- I’ve known him since he was 16… I picture him as the father of my children all the time. But it is a fantasy right now.”

Posted in Celebrity | No Comments »