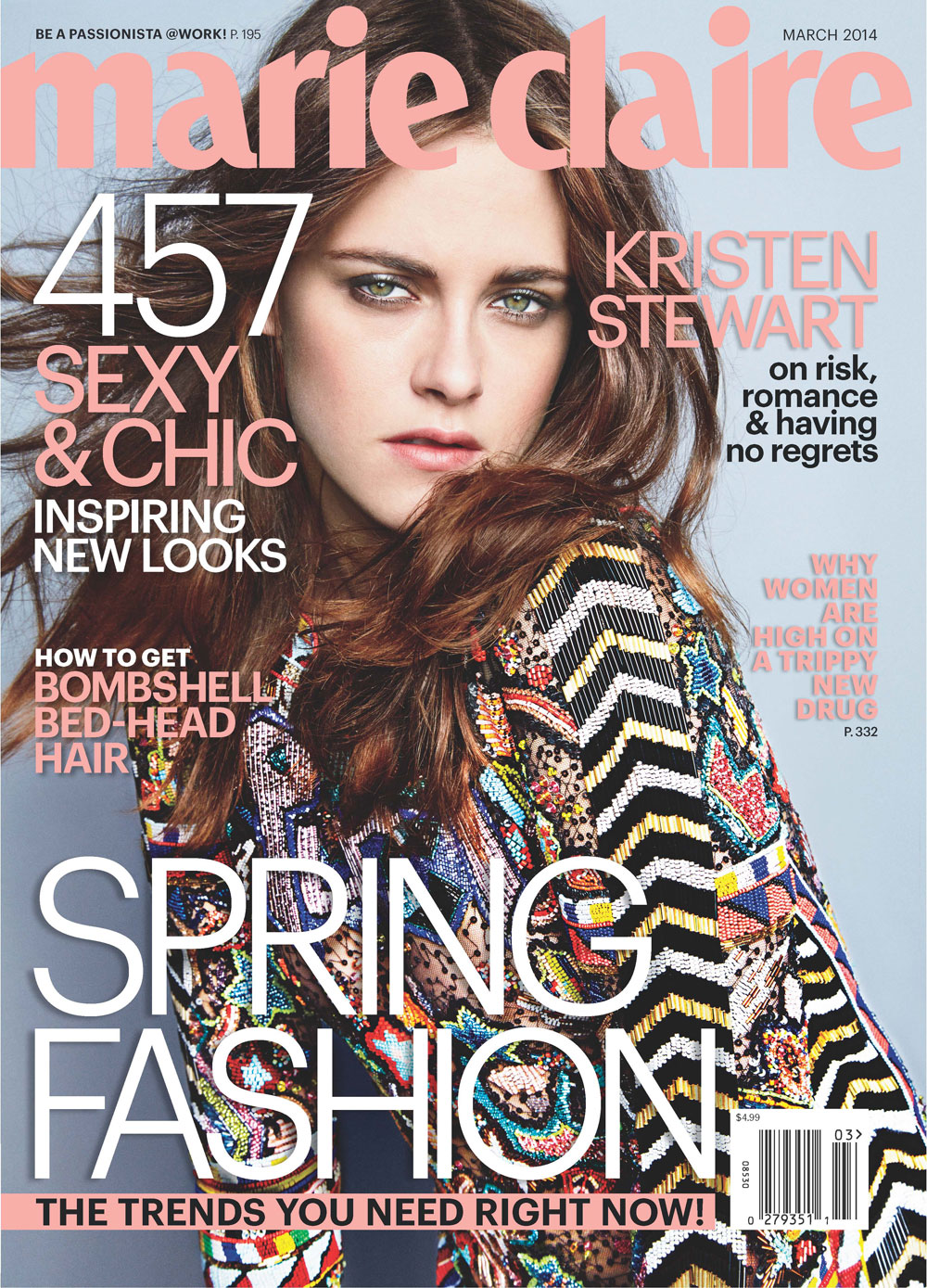 On making choices: “Dude, I have no idea what I’m doing, and that’s kind of how I love it. I had no idea Twilight was going to be huge. Certain movies I’ve done I thought were going to be amazing did nothing. So it’s fun not having so much control. It’s kind of a fly-by-the-seat-of-your-pants lifestyle – it’s fun, but it’s scary as fuck. If it’s not scary, it’s usually – you kind of have to step back and go, ‘You’re probably making this decision because it’s right on paper.’ But unless you get that irking fear, it’s not right.”

On doing press: “I have an embarrassing inability, seriously, of summoning fake energy…I’m just not very good on TV, and it’s not my main goal in life to get good at it. People are like, ‘She just can’t handle’ – for lack of a better word – ‘the spotlight’. No, actually, I can’t, and that is totally who I am. I love being an actor, but I’m the last person to want to have a birthday party. I don’t try to force it or turn it into something else or fabricate this personality…so I totally agree when people say I’m, like, the most awkward person.”

On her poetry: “I don’t want to sound so fucking utterly pretentious…but after I write something, I go, ‘Holy fuck, that’s crazy.’ It’s the same thing with acting: If I do a good scene, I’m always like, ‘Whoa, that’s really dope.’”