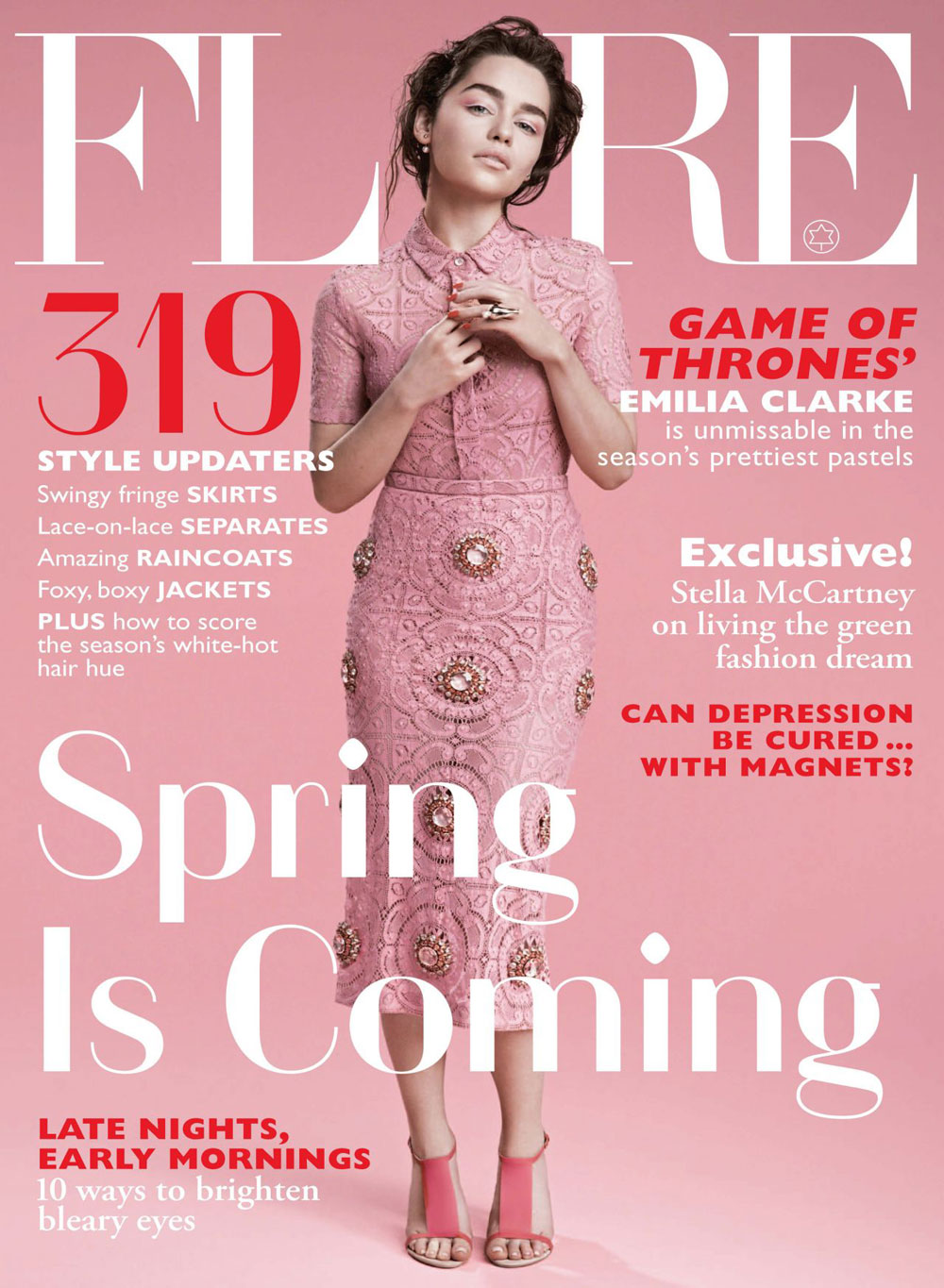 ON THE NEW SEASON OF “GAME OF THRONES”: “The whole of season four is dark and really emotional. If you asked any of the actors about this season, they’d say, ‘Oh no, my character’s got the best arc.’”

ON THE MISLEADING NATURE OF RED-CARPET GALLERIES: “There are no captions on red-carpet photos that say, ‘This girl trained for two weeks, she went on a juice diet, she has a professional hair and makeup person, and this dress was made for her.’ I just wish they’d say, ‘It ain’t the truth.’”

ON HER VERY EMBARRASSING “GAME OF THRONES” AUDITION MOMENT: “I get there, and I’m all dressed up to the nines, wearing a nice outfit with heels. I walk into an auditorium that’s got 50 people from HBO. I’m nervous like you wouldn’t believe. I had a Diet Coke right before I walked in, so I was buzzing. I said hello to each of the 50 people individually and walked down the steps, then fell over walking down.”

ON WHAT SHE LEARNED FROM HER STINT ON BROADWAY IN “BREAKFAST AT TIFFANY’S”: “I learned more doing Breakfast at Tiffany’s than I did during three years at drama school. Hearing the audience say something ridiculous—‘That’s not Khaleesi!’—and still getting back onstage … It strengthens you.”

ON HER NEW BLOCKBUSTER ROLE IN “TERMINATOR”: “This is the most physical transformation I’ve ever done. But I haven’t done anything before this—I’ve done Game of Thrones and that’s about it. With Dany, it’s all CGI dragons, so not much training is needed.”