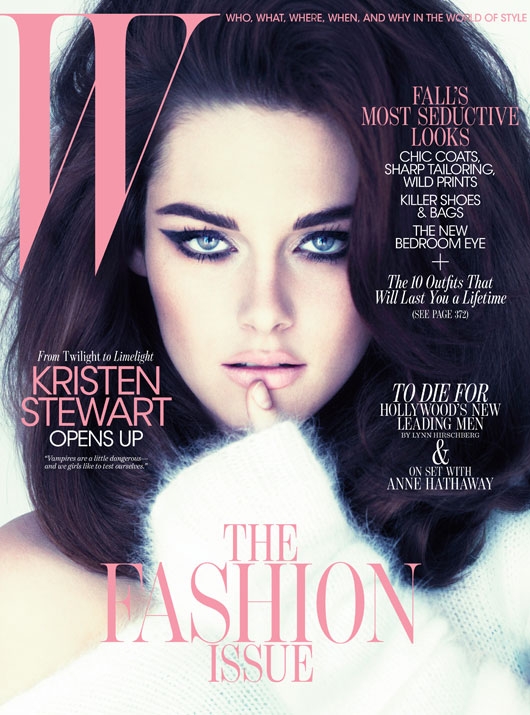 On having a particular interest in vampires: “I f—— love me a vampire [Laughs]. I was 17 when I read Twilight, and at the time it was so perfect for me. The script was about young kids who think they can handle stuff that they just can’t. And they’re going to do it anyway. Because, why not? Just torture yourself. I relate to that. Vampires are a little dangerous – and we girls like to test ourselves.”

On saying goodbye to Bella: “I’d been anticipating that end-of-Bella moment. I was going, Oh, my God—I wonder how I’m going to feel. And the last scene of the shoot was at the wedding. Every single character was there on set. At the end of that day, I was kind of whacked. And so I never really had that moment then. Instead, it happened later. We needed to film one more sort of honeymoon scene and we went to the Virgin Islands. After that scene, my true final scene, I felt like I could shoot up into the night sky and every pore of my body would shoot light. I felt lighter than I’ve ever felt in my life.”

On watching herself onscreen: “It’s not like I sit around watching my movies again and again, but I’ve never quite believed actors when they say they don’t watch themselves. I hear them going around the block to make excuses for why they don’t watch their work. It’s bulls—. Sorry, guys – I know you watch your stuff.”