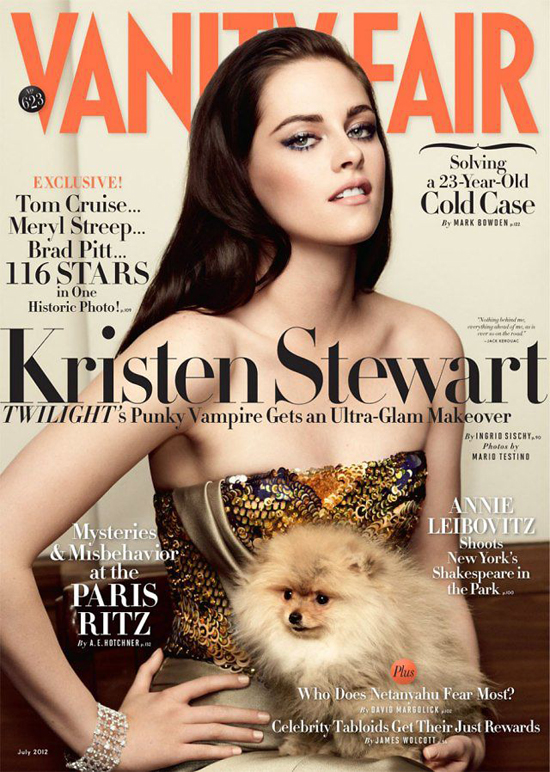 “I have been criticized a lot for not looking perfect in every photograph,” Kristen Stewart tells Vanity Fair contributing editor Ingrid Sischy in July’s cover story. “I get some serious shit about it. I’m not embarrassed about it. I’m proud of it. If I took perfect pictures all the time, the people standing in the room with me, or on the carpet, would think, What an actress! What a faker! That thought embarrasses me so much that I look like shit in half my photos, and I don’t give a fuck. What matters to me is that the people in the room leave and say, ‘She was cool. She had a good time. She was honest.’ I don’t care about the voracious, starving shit eaters who want to turn truth into shit Not that you can say that in Vanity Fair!”