THE Elle Style awards were magic, an unreal event in which Naomi Campbell won the Outstanding Contribution award, with added awards for Dannii Minogue,and Claudia Schiffer who is – drum roll, pleas – the Model Of The Year. Unable to give Carey Mulligan a fashion gong for reasons that are becoming clearer by the day, Elle bestowed on her a Best Actress trinket and gave Kristen Stewart – who given her performance at the BAFTAs is not acting: she is Bella Swan – the Elle Style Woman of the Year award. 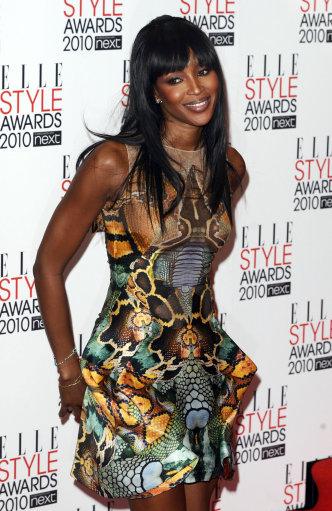 Model Naomi Campbell arrives at The Elle Style Awards 2010 at the Grand Connaught Rooms on February 22, 2010 in London