“The season’s theme, Paris-Byzance, Lagerfeld explained, was inspired by the Empress Theodora and the lost culture of Byzantium. In typically rapid-fire mode, he noted: “Theodora was a circus artist who became empress, like Chanel, who was a little singer and became a fashion empress.”

Yes Karl, always one for a bizarre,statement – we really loved the pieces but it was as close to the  swinging 60’s in London as it was Byzantium. 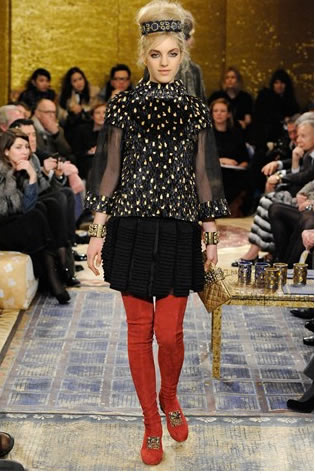