Charlotte told the new edition of Esquire magazine she has a 100% success rate with all the men she has approached.

“I’ve never been chatted up. I don’t mind because I’m more of a chaser. I’m sure there’ll come a time when a man will stump me, but I’ve never failed yet,” she said.

The 24-year-old – who first found fame in her early teens – said she loves to wear towering heels.

“A banging pair of shoes is the one thing that never fails to make me feel sexy. Give me a pair of ridiculously high Christian Louboutin killer heels. Have I ever worn a pair in bed? Hmm maybe,” she added.

The star – who split from Gavin Henson last year – also revealed that no men had ever bought her lingerie, so she buys hers online.  The full interview is in the February edition of Esquire. 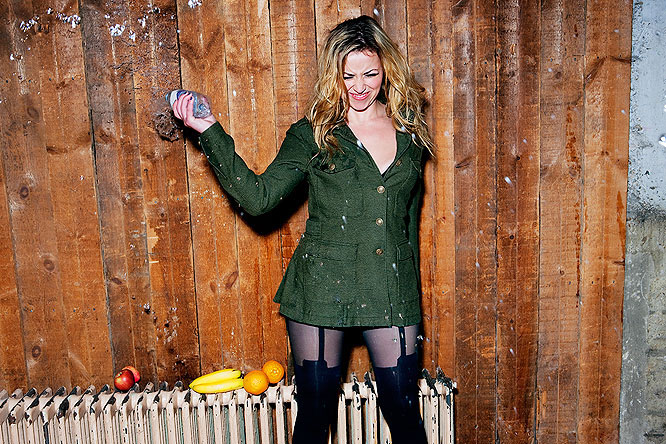 ◄ Back
Next ►
Picture 1 of 4
Tags: Charlotte Church Esquire shoot
Posted in Fashion News | No Comments »