Rosie Huntington Whiteley makes her debut appearance on the cover of Vogue UK  and sizzles in a red-hot photoshoot. Shot by Mert Alas & Marcus Piggott for a spread called “Glamorama”, it features a topless Huntington-Whiteley fanning herself in the heat, and drenched in water. 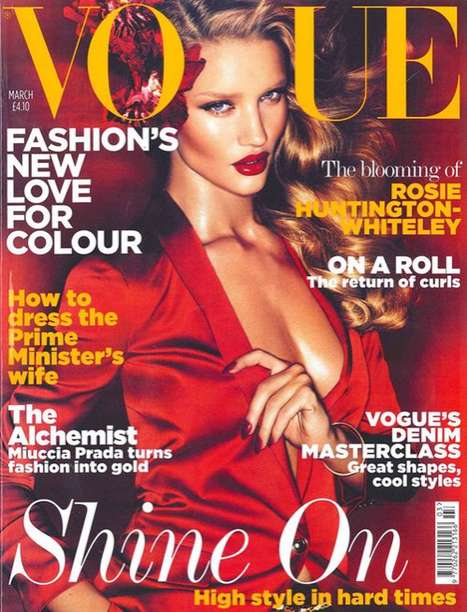 Double-silk jacket, £1,320, and laminated python-skin belt, £745, both Gucci, with organdie and velvet corsages in hair by VV Rouleaux.