Lynn Hirschberg: In Black Swan, you play the wild-child devil girl. You’re both seductive and scary. Had you danced before you took the part?

Mila Kunis: I had never danced in my life. I trained for four months, seven days a week, five hours a day. I had one day off on my birthday. I lost 20 pounds. I tore a ligament. I dislocated my shoulder. I have two scars on my back. And it was worth every minute.

But I will never dance again. I’m a strong believer in mind over matter, but I didn’t fully understand what that meant until this production. I was like, Well—I wear heels; I can do this. I was wrong: Christian Louboutins are uncomfortable, but I screamed the first time I put on a pointe shoe.

What was the first thing you remember seeing of America?

A black man. It was at the American embassy [in Moscow], and all I had known were Caucasian people with blond hair, brunette hair, and sometimes red hair. You’re never really taught about anything else. I think I was frightened. And the beautiful thing was, the man spoke Russian. He explained to me that there are people in this world who are of different color. Being seven and a half, I asked him, “Does that mean there are purple people in this world?” 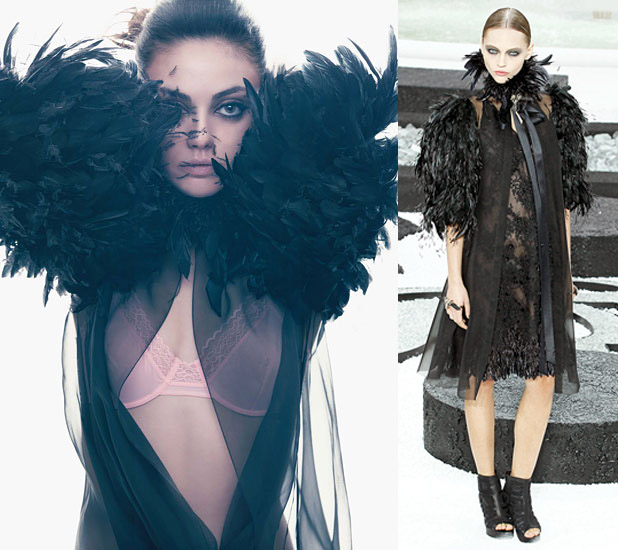