She looks great, fabulous styling and another example of an actress who could have easily been a model as we can see from the shoot – she’s done Marie Claire and Interview, is there anything new to say to Elle?…

On being told she needed to get botox: “I was like, Damn you! But we’re in Hollywood. I’m on a huge screen. With these new digital cameras, you can see the peach fuzz on my face.”

On her love of the romantic comedies: “I don’t think I’m being very ‘artistic’ when I do them, but I’m not doing it for that reason. Romantic comedies make me happy. I watch Love Actually every Christmas.”

On falling in love on set: “[It is] one of the easiest things in the world. You’re both open. You’re put in a situation where you have to make out with each other. It’s easy for things to get carried away.”

On being inspired by Meryl Streep’s famously down-to-earth attitude: “Meryl, she makes herself very accessible right away, almost too accessible. That’s what I do. And it totally works. My thing about meeting people—men, women, people in general—is to desensitize them, kind of shock them a little bit, to make myself accessible.” 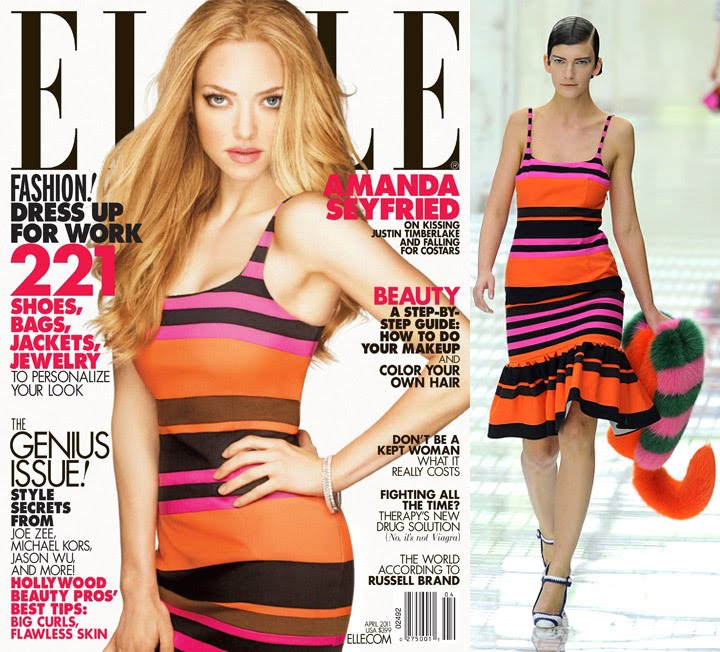