Here is an outtake of her interview….

On hanging out with her friends in London: “I like having dance parties at my house and being super-goofy with my girlfriends,” she says. “We just play dance music like whatever is on the radio and then old stuff—Michael Jackson, disco—and new stuff; we mix it up. It’s fun.”

On how she prepared for her role in Country Strong: “I’ve never prepared for anything more in my life. It was a big responsibility. There was studying with an accent coach, learning to play guitar and, of course, the singing. My voice didn’t have any power and I wanted to try to sing properly. I was so nervous about performing live scenes in the film; that’s so foreign to me.”

On her performance in Country Strong: “Normally, I can’t stand to see myself, but with this film, I felt like it all came together, all that hard work and putting myself in such an uncomfortable position where I felt so scared of how I was going to do it. I’m happy with how it turned out. I am.”

She’s such a normal girl, not.  Just read her blog Gloop for a real insight into Gwennies life. 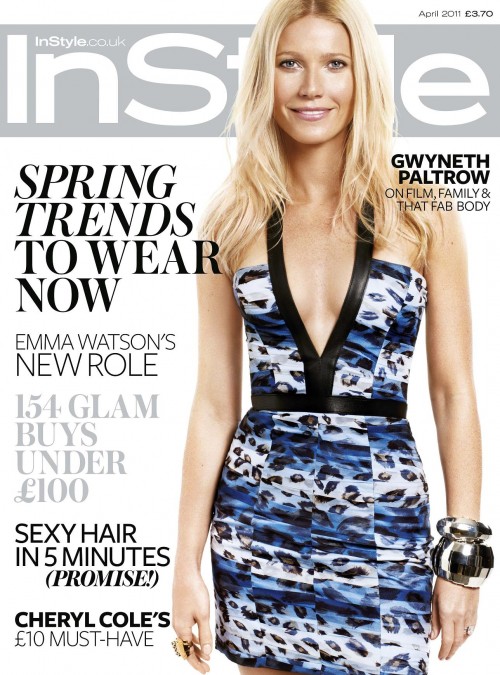 ◄ Back
Next ►
Picture 1 of 3
Tags: Gweneth Paltrow for InStyle
Posted in Celebrity, Fashion News | 1 Comment »