Do you like Betty? She’s superficial, strange, and often mean, and yet fascinating.
I don’t judge Betty or necessarily understand her. The audience is passionate about her. After season one they wanted her to speak out against Don and his infidelities. Then in season two, when she did, there was a huge reaction against Betty. They want her to talk—just not too much.

Like Betty, you started out as a model. You left South Dakota at 18 for New York City. Were you nervous?
Not really. I was excited to be independent, but I was also naive—I just wanted to be rich and famous [Laughs]. I lived in an apartment near the Empire State Building. There were a billion girls in New York City who wanted to be models. After a while I was immune to rejection, which helped when I went out to L.A. to become an actress. In modeling, the criteria is purely aesthetic. So when I got to L.A., I didn’t care if they said I was too small, too blonde, too pretty, or not pretty enough. 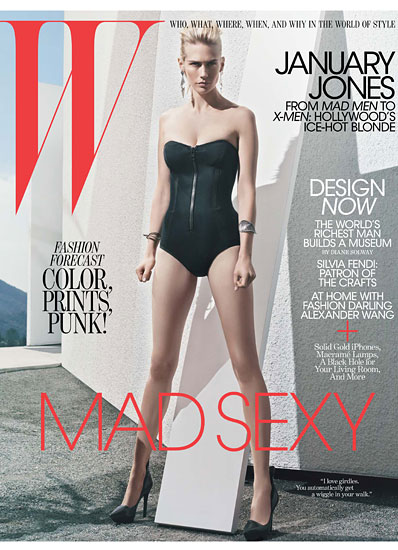