The Good (not many) the bad (many) and the Ugly (many) took to the red carpet for the annual National Television Awards  in some awful dresses.  The worst offender goes to Rokshsaneh Ghauam Shahidi followed closely by Diane Parish who looked like she was in drag.  The best dressed were  Sian Williams, Rita Simmons, Myleene Klass and Emma Willis. 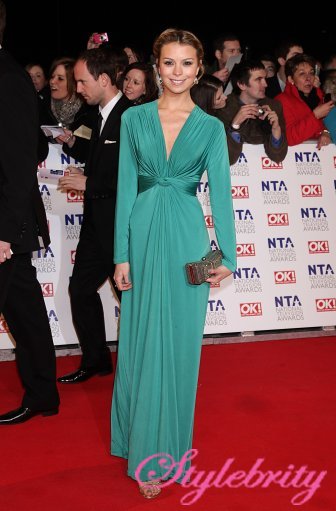 Kylie Babbington arriving for the 2011 National Television Awards at the O2 Arena, London.