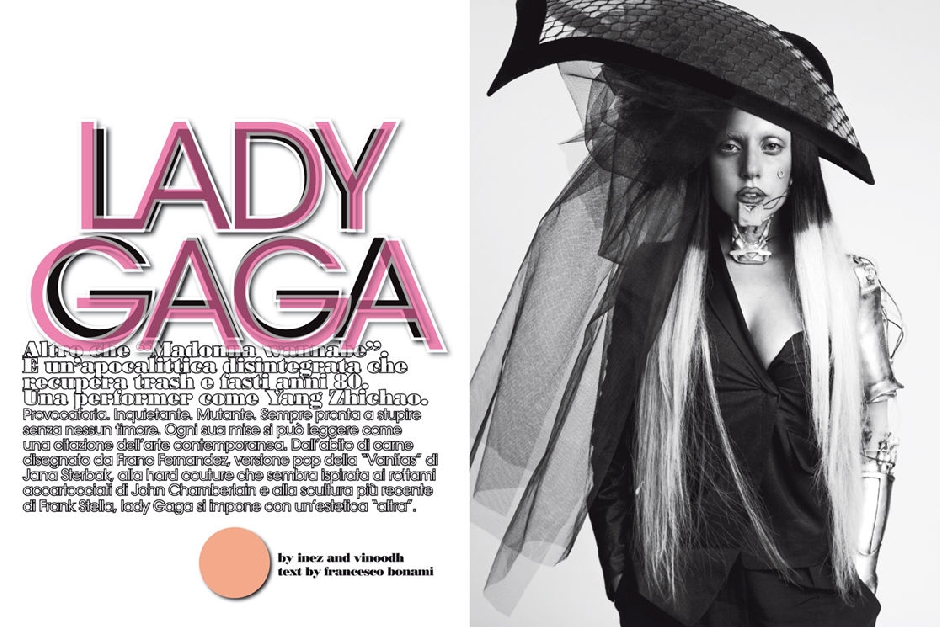 “Her body is not a territory to conquer, it’s rather a stage on which you can set up a new scenography each time,” says Francesco Bonami of pop phenomenon Lady Gaga who poses for L’Uomo Vogue’s first issue of 2012 Gaga’s “buther’s season seems to be over” and instead of raw meat her costume is a mix of  bare breasts and machine parts.